About five years ago I was poking around in E-bay and came across tether cars. I thought these were just about the coolest things I had ever seen and was tired of model trains so I bought a couple of cars. One of these cars was a Thimble Drome Champ with a Bantom .19 conversion built by Bob Rigby in British Columbia. An e-mail friendship with Bob ensued and after seeing a Diecast car conversion using a Cox tether car chassis, I mentioned that I could probably do a better job of building one.  So I aquired a Cox chassis and started looking for a suitible diecast car to convert which turned out to be a 1/24th scale Plymouth Roadrunner. The car came out pretty good so I put it on E-bay and actualy made a few dollars and became hooked on building.
After searching for more Cox chassis and suitible cars to convert, I built around fifteen cars this way.  Very soon though I realized that the Cox chassis was somewhat collectable in it's own right and very few diecast cars would fit the chassis well enough.  So I decided to purchase a mini milling machine and try to make my own chassis. This worked out well but I still had to have Bob make axles for me as I didn't have a lathe so that was the next purchase.

I started building small .049 powered cars with balsa wood bodies that resembled full sized tether cars and these sold well so I switched to using walnut for the bodies just because it looked better and I'm a terrible painter. These have become my signature cars !
After wearing out the small milling machine I purchased a bigger machine and built some bigger all out race legal cars. While I like building any car, the race cars cost a lot more to build and don't have much of a profit margin so I tend to stick with the smaller cars that anyone can run.  I have never built the same car twice and rarely draw plans for any of them so it's usualy a surprise when they are finished. I just get an idea and start cutting aluminum to see how it turns out. So as of February 2012 I have built fifty plus cars and as long as people like them enough to buy them, I'll keep making them.
All these photos are of .049 cars including the one tether boat that I built. CONTACT 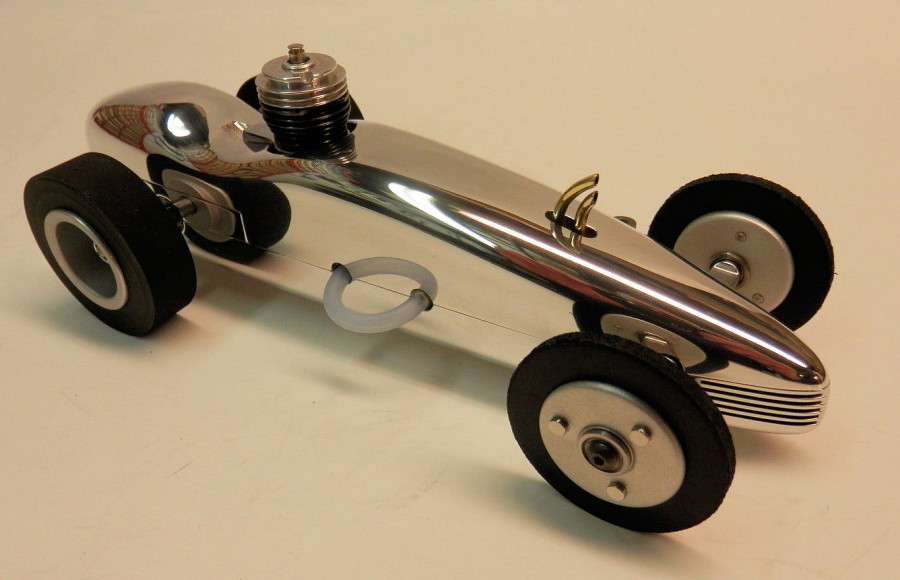 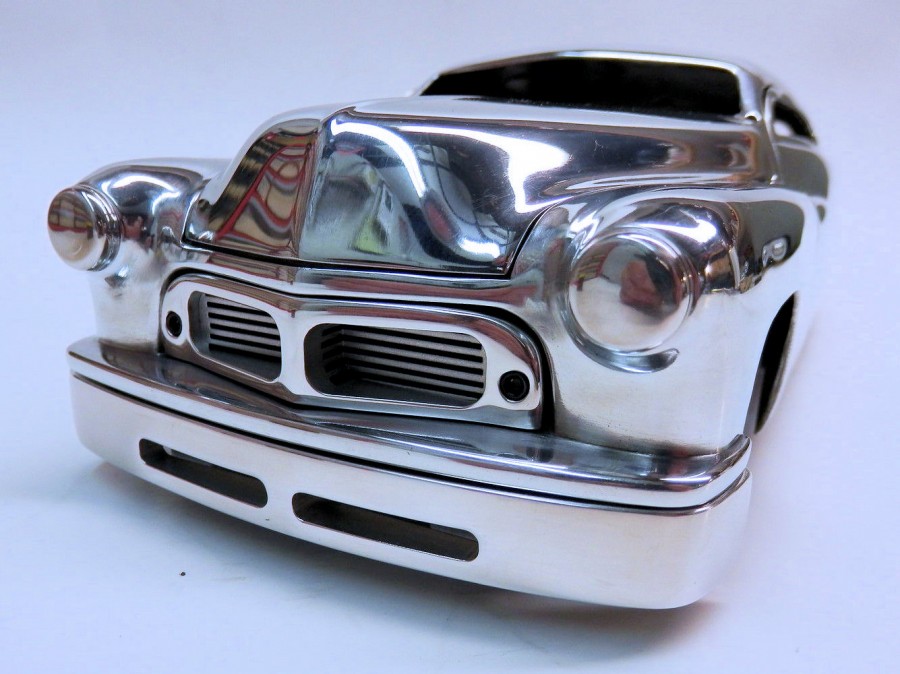 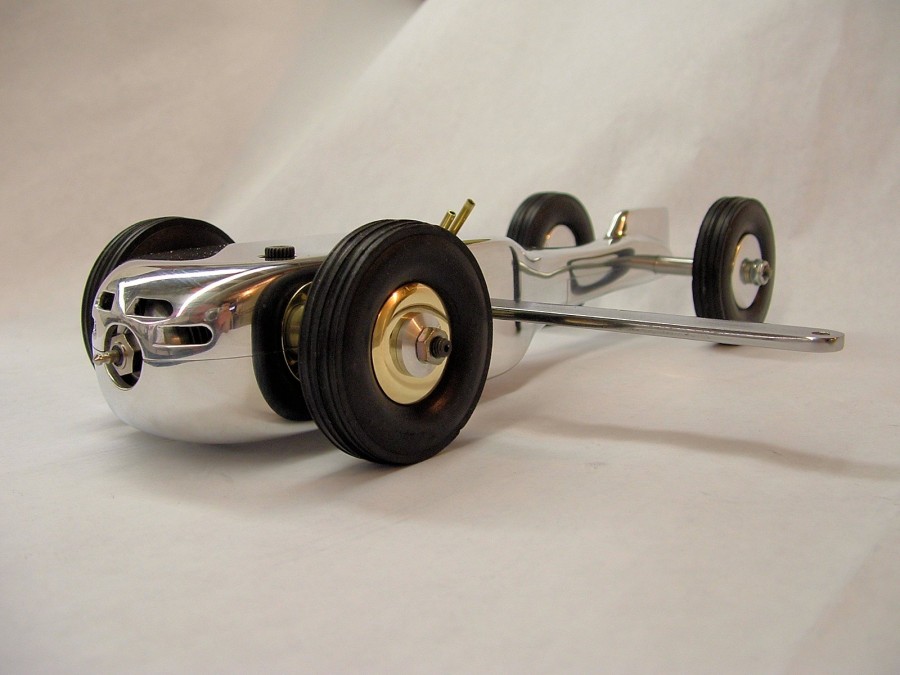 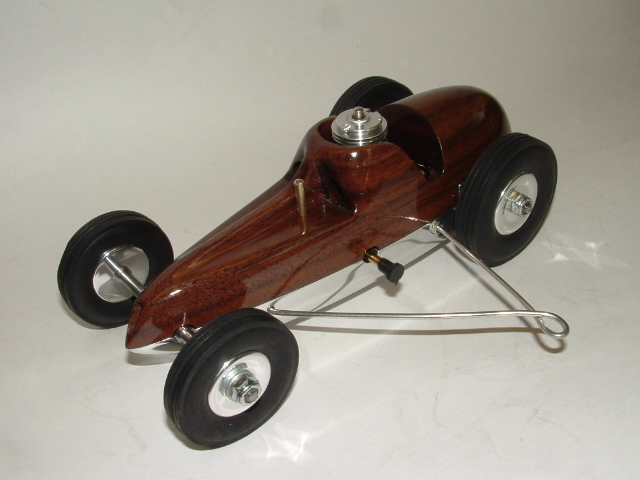 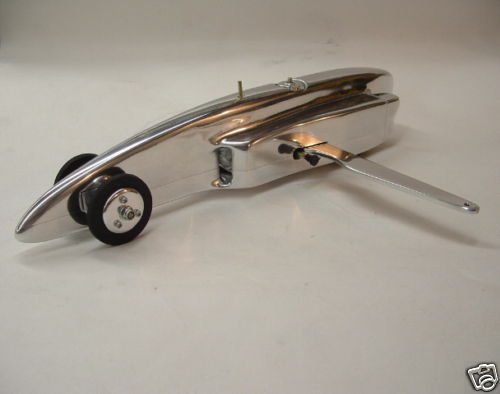 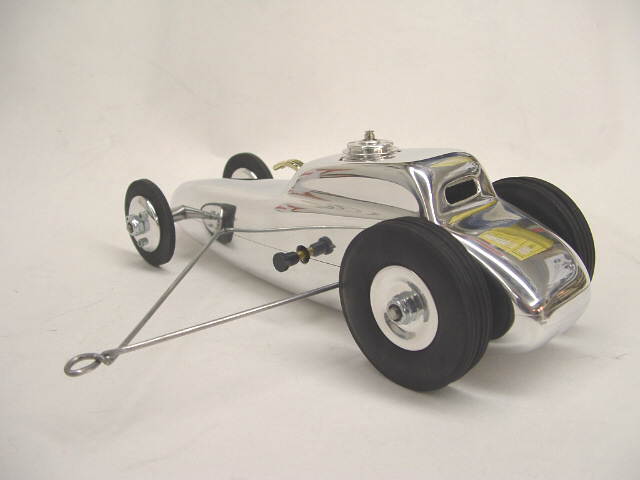 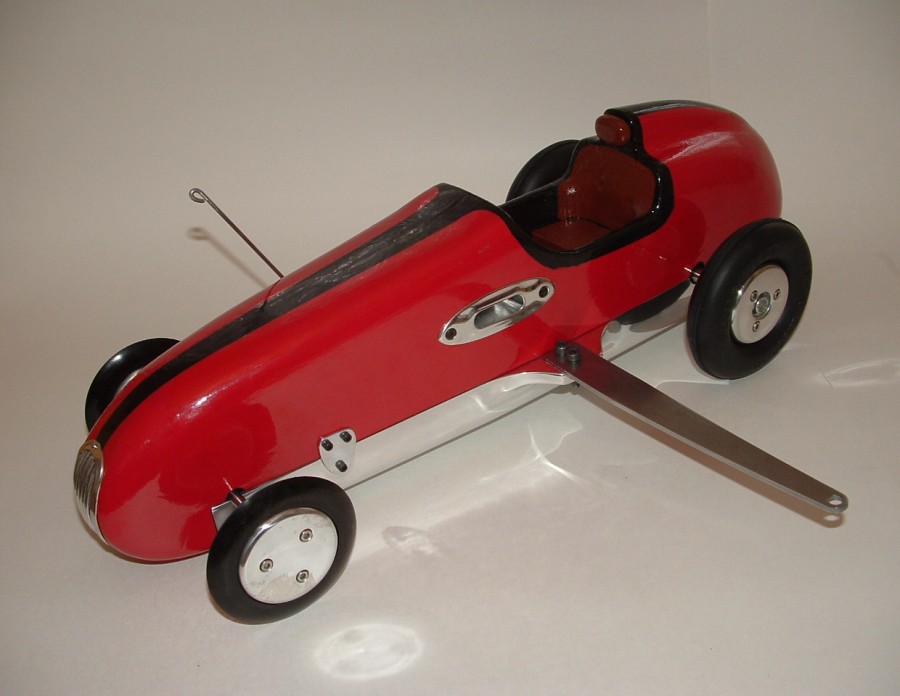 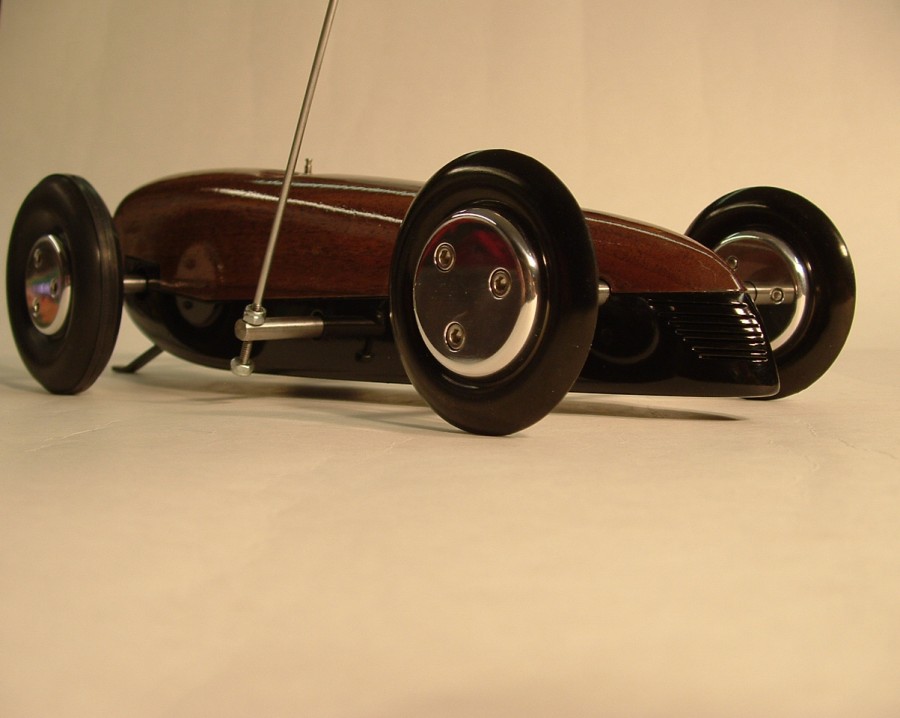 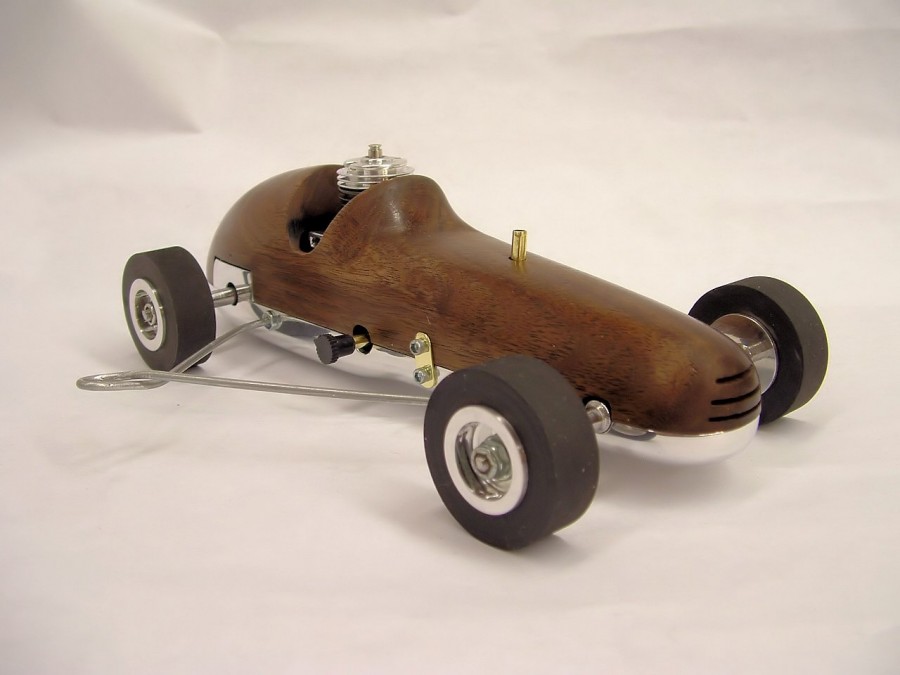 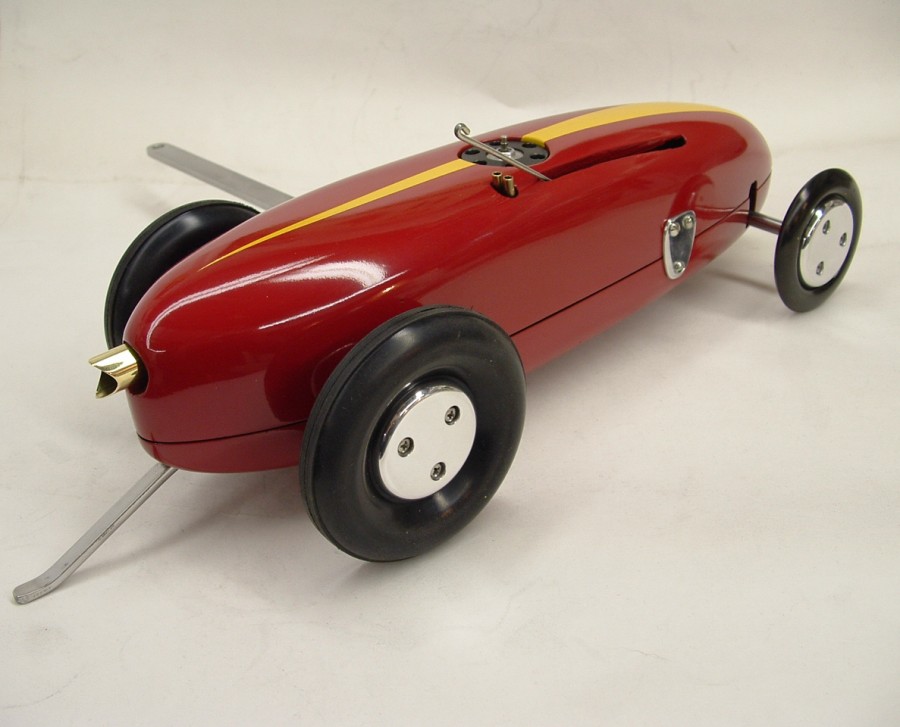 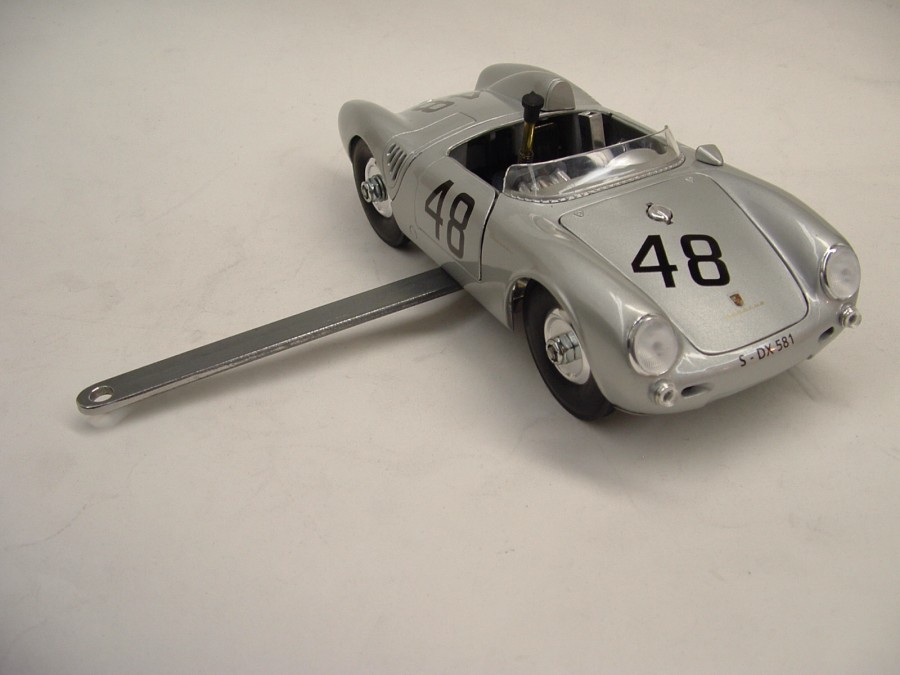 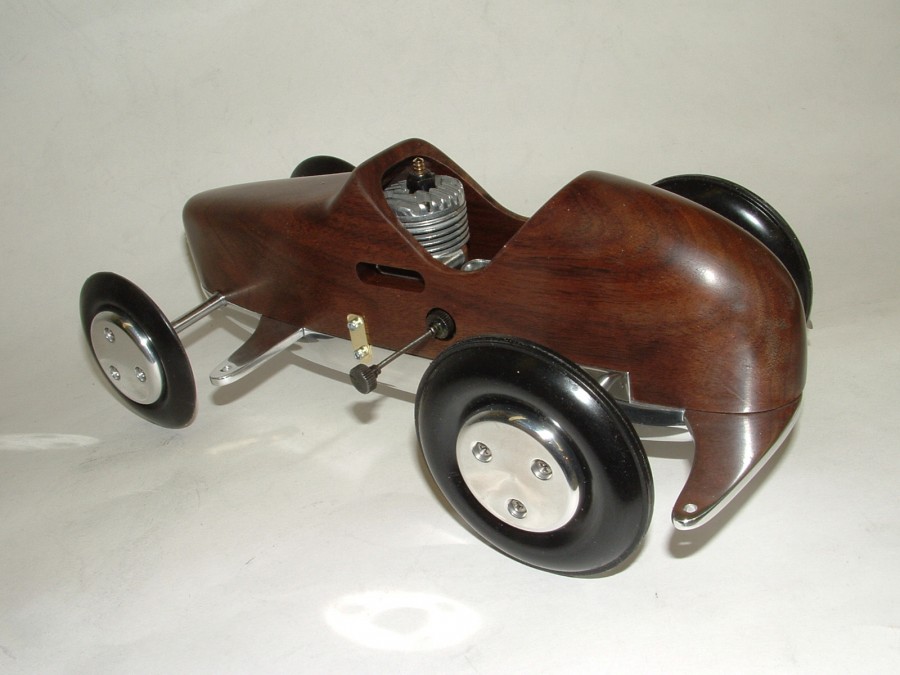 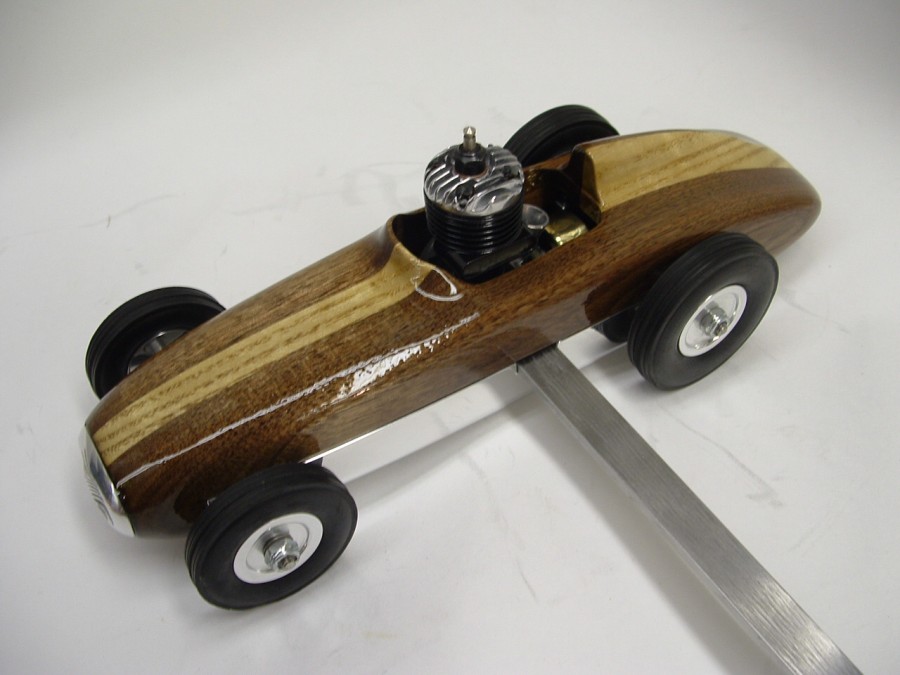 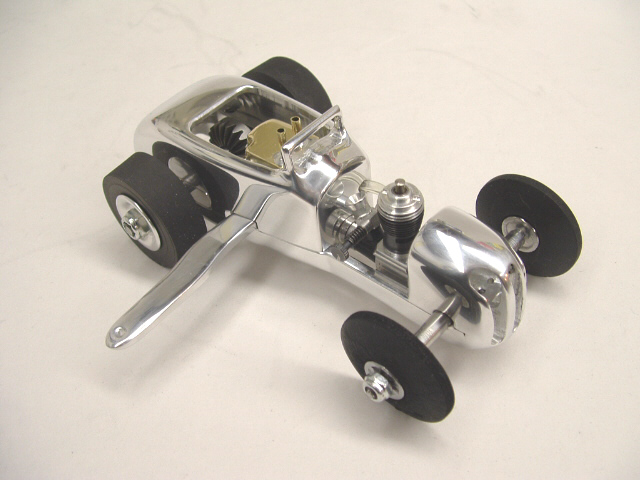 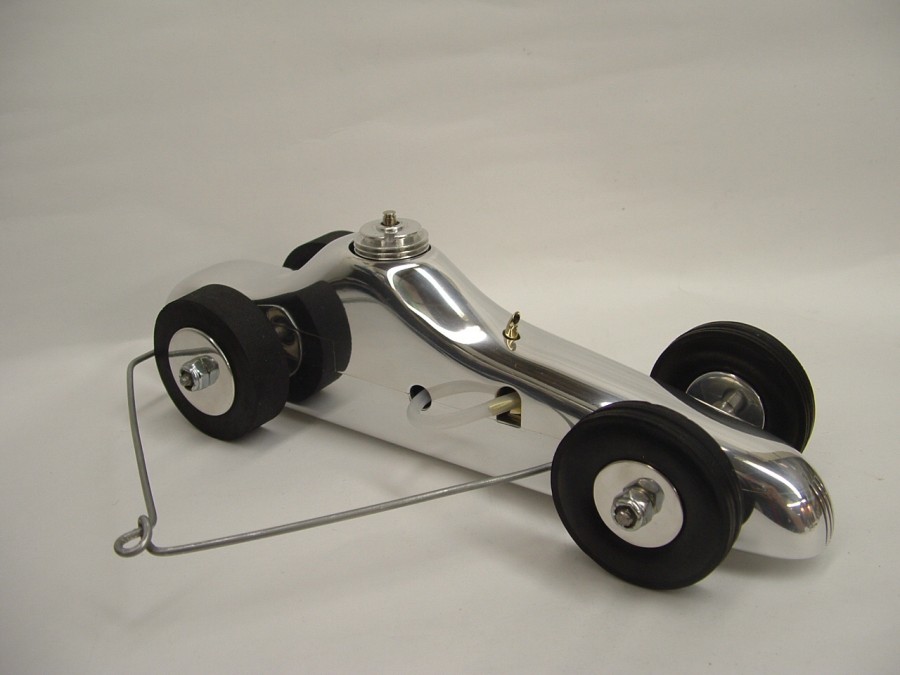 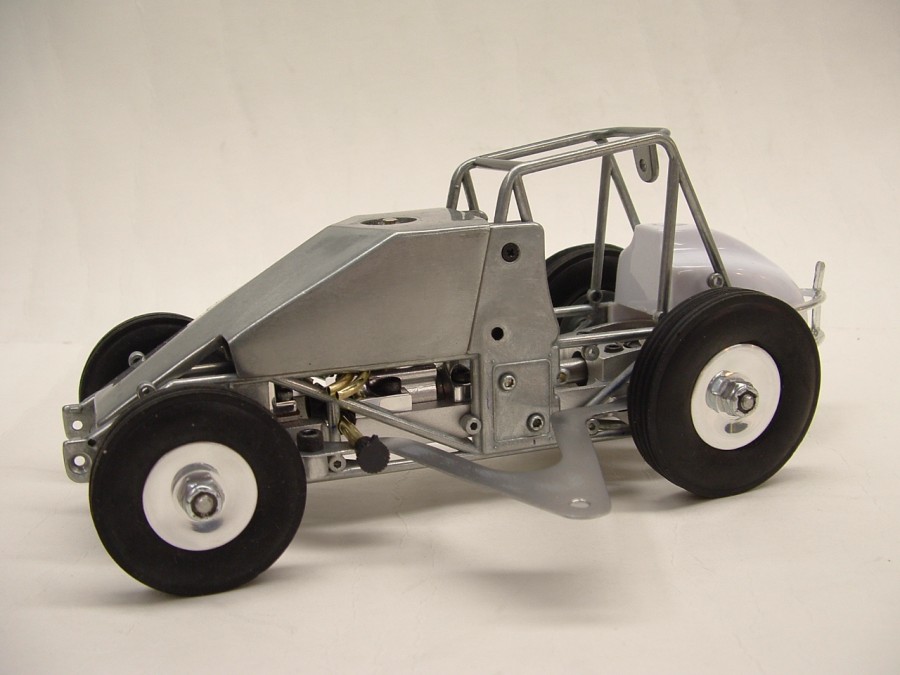 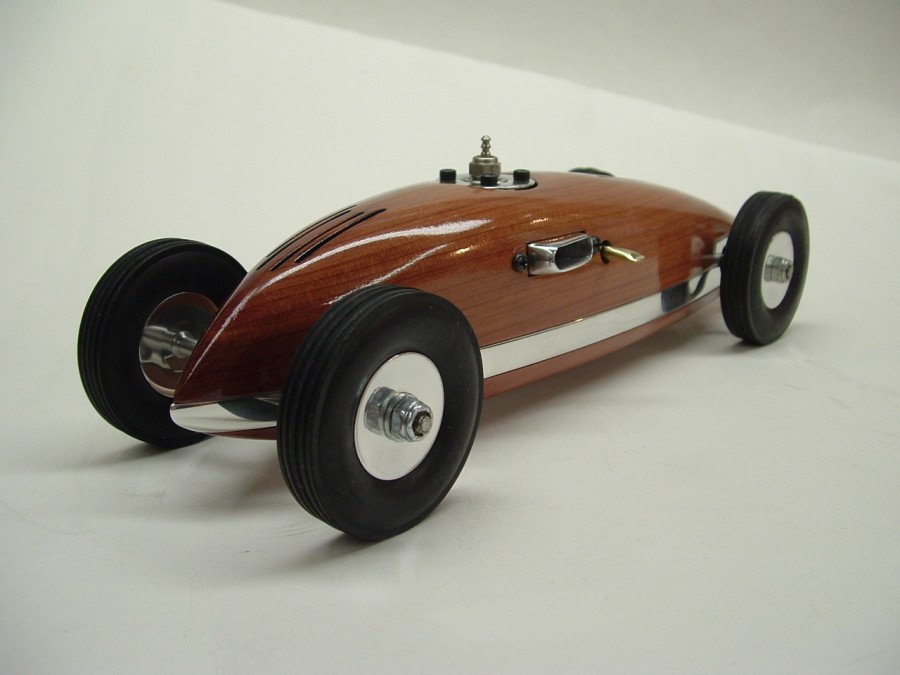 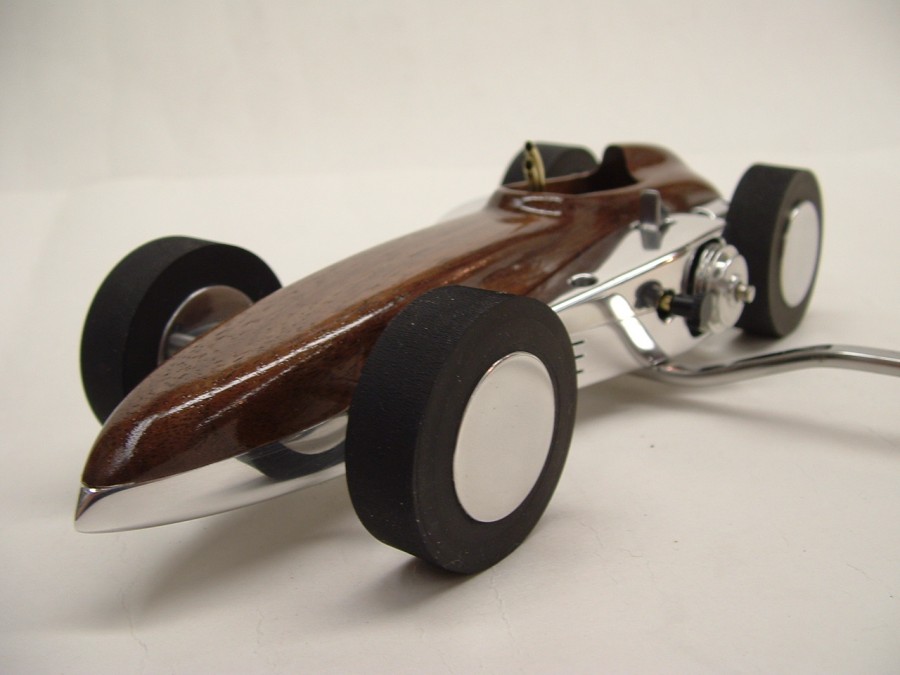 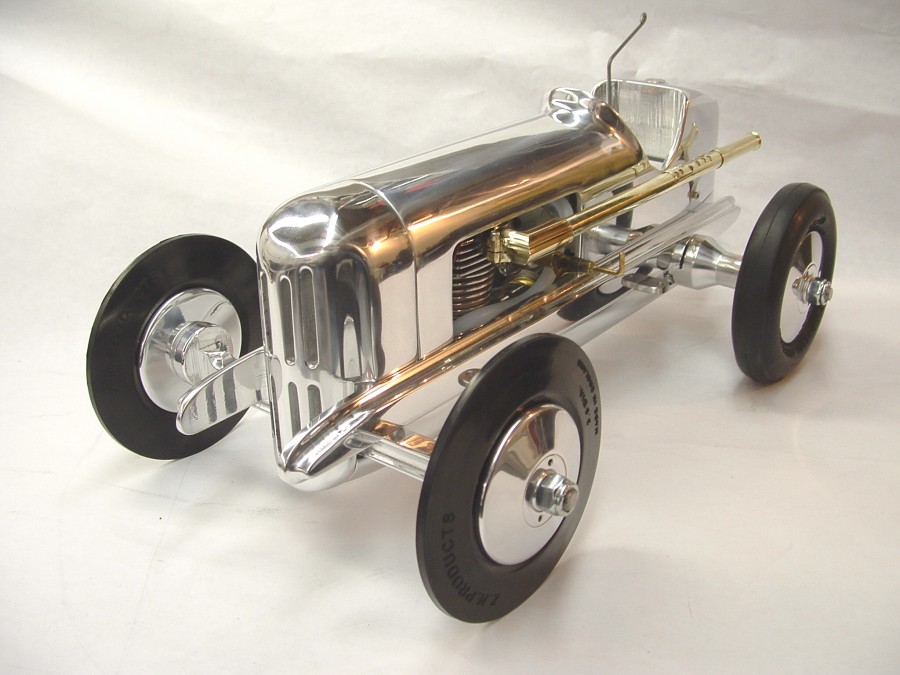 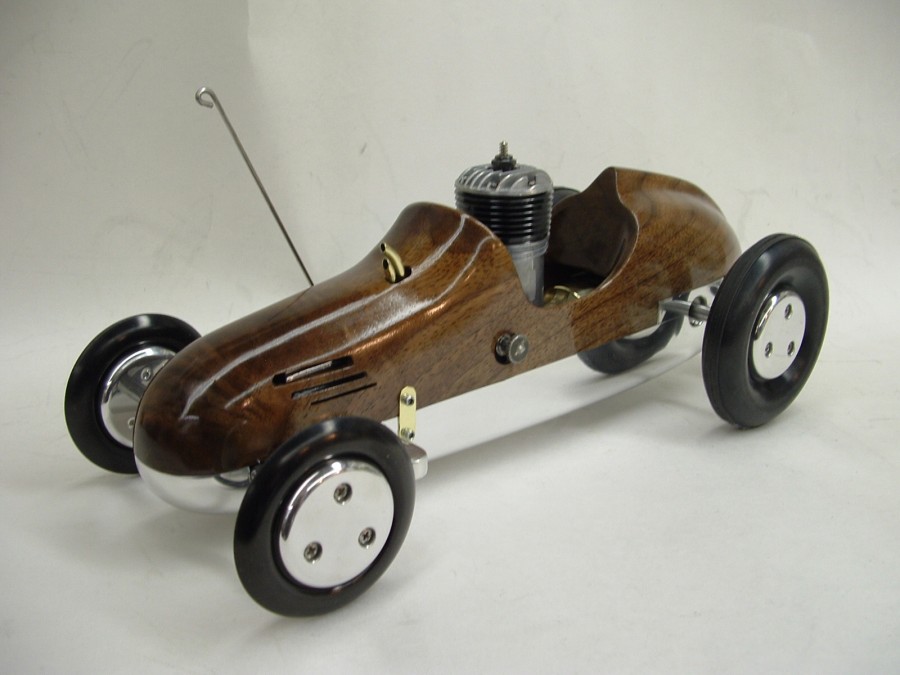 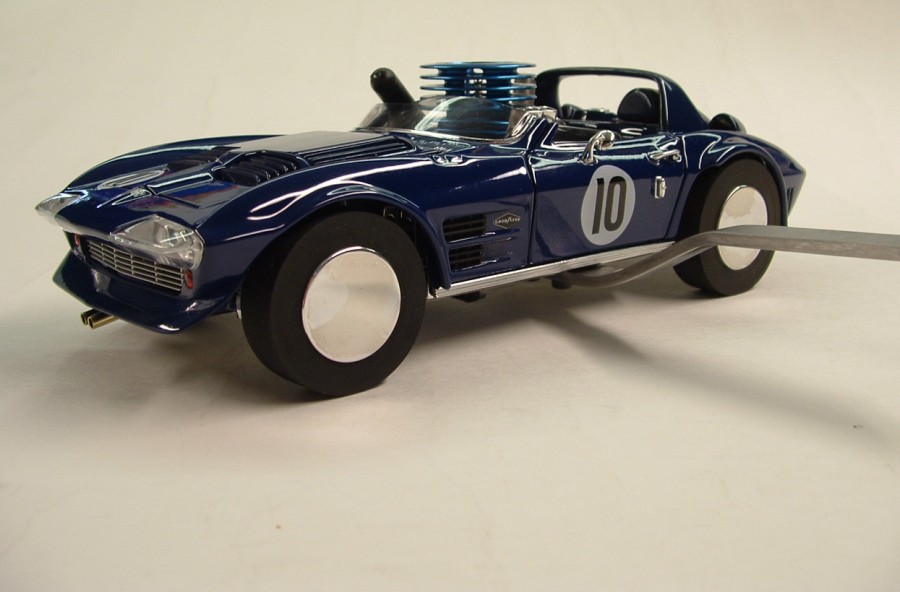